Birmingham’s leading, privately-owned commercial cleaning company has taken delivery of its first electric cars for use in Birmingham as part of a green commitment to go all-electric with its commercial car fleet.

We Clean, whose Birmingham based clients include Brindleyplace, Birmingham Hippodrome, Birmingham Assay Office, MG Motors and Gateley Plc, has taken delivery of its first three British-built Nissan Leaf electric vehicles for use throughout Birmingham by its contract managers. 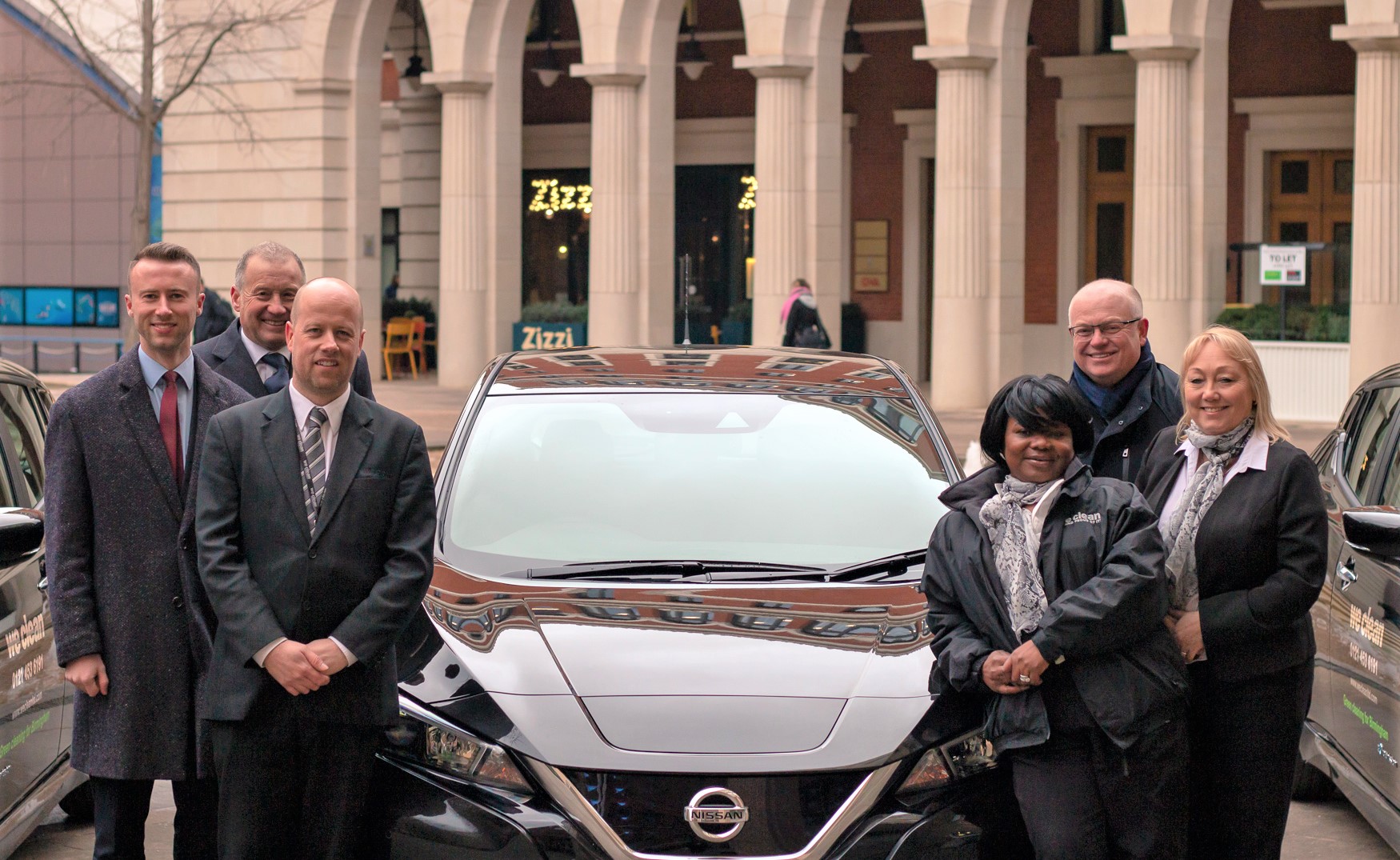 The move to electric vehicles by We Clean, the £7m turnover company based in Rubery, is part of their commitment to reduce the company’s carbon footprint and environmental impact of its operations and vehicle fleet, that has already seen the introduction of an all-electric Nissan e-NV200 van at the world renowned MIRA Technology Park, where We Clean are the cleaning partner to HORIBA MIRA.

According to independent research from the European Climate Foundation, smaller electric vehicles produce around 15 tonnes of CO2 from construction through to scrapping, compared to an average of 32 tonnes for the equivalent petrol or diesel car, halving greenhouse gas emissions produced during the lifetime of the vehicles.

Birmingham is expected to introduce a clean air zone from January 2020 and the introduction of electric vehicles is part of the company’s internal Environmental Management System (EMS), We Clean GREEN, which is focussed on benefiting clients in the city and exceeding the requirements of the new standards for achieving cleaner air in Birmingham.

“This is the first significant step to achieving our commitment of improving the carbon footprint of our entire commercial fleet of some 20 plus vehicles. Our initial focus has been to concentrate on those vehicles serving Birmingham city centre, and its built-up areas.

It is forecast that the introduction of these three new all electric vehicles will reduce our carbon dioxide output by around 30 metric tonnes during their three years with us, with zero emissions at the tailpipe.

We know that air pollution – mainly caused by vehicles on our roads – is harmful to those living, working and studying in Birmingham. As a cleaning company, we have a duty to ensure that our processes are as clean and environmentally responsible as possible.”

We Clean was established by David Harker and Paul Concannon in 2003. Last year the company, which has over 500 front-line cleaning staff, delivered 450,000 cleaning hours, cleaning the equivalent of a three-lane highway from Birmingham to Los Angeles – more than 1 billion sq. ft, or 13,000 football pitches.

The company’s We Clean GREEN environmental management system was introduced in 2014 and has resulted in the company reducing its carbon impact through the use of super-concentrated cleaning products, recycled paper products, micro-fibre technology and chemical free cleaning. 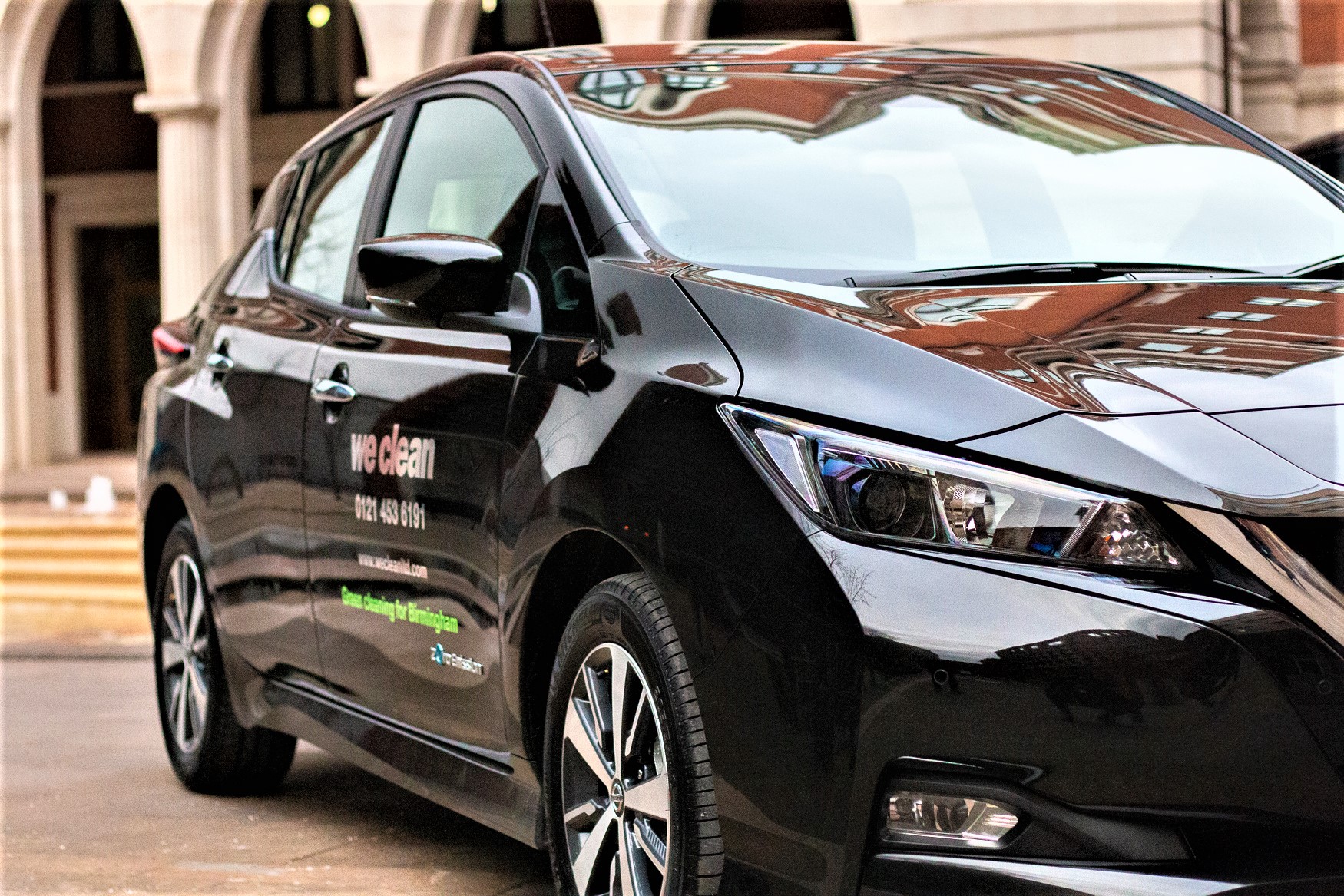 “We welcome the opportunity to partner with a forward-looking company that understands the benefits of electric vehicles – EVs – both for the environment and also anticipating clean air initiatives.

“With the UK EV market up 18% during 2018, West Way Nissan has invested heavily in our business sales teams, that can advise local customers as to the best products for their business. The three Nissan Leafs supplied to We Clean are a perfect example of this and we would like to thank them for choosing West Way Nissan as their EV partner.” 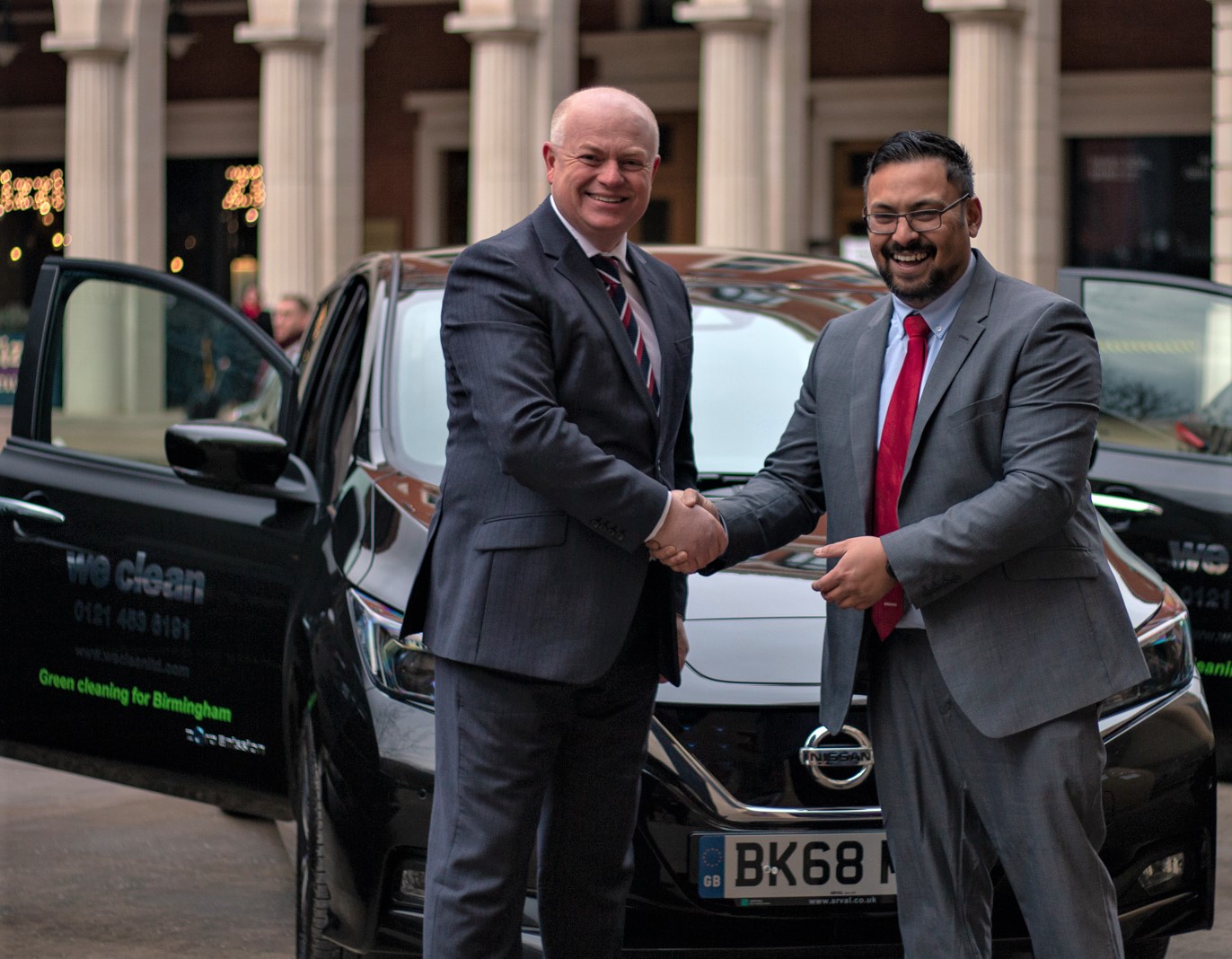 Investing for the future with new strategic appointment!

We Clean Ltd are Covid-19 Secure!